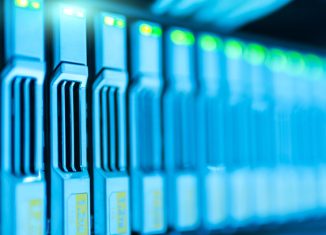 Restful Web Services is a lightweight, maintainable, and scalable service that is built on the REST architecture. Restful Web Service, expose API from your application in a secure, uniform, stateless manner to the calling client. The calling client can perform predefined operations using the Restful service. The underlying protocol for REST is HTTP. REST stands for REpresentational State Transfer.

In this REST API tutorial, you will learn

2. The architecture is client/server, stateless, layered, and supports caching

The REST architecture is based on a few characteristics which are elaborated below. Any RESTful web service has to comply with the below characteristics in order for it to be called RESTful. These characteristics are also known as design principles which need to be followed when working with RESTful based services.

This is the most fundamental requirement of a REST based architecture. It means that the server will have a RESTful web service which would provide the required functionality to the client. The client send’s a request to the web service on the server. The server would either reject the request or comply and provide an adequate response to the client.

The concept of stateless means that it’s up to the client to ensure that all the required information is provided to the server. This is required so that server can process the response appropriately. The server should not maintain any sort of information between requests from the client. It’s a very simple independent question-answer sequence. The client asks a question, the server answers it appropriately. The client will ask another question. The server will not remember the previous question-answer scenario and will need to answer the new question independently.

The Cache concept is to help with the problem of stateless which was described in the last point. Since each server client request is independent in nature, sometimes the client might ask the server for the same request again. This is even though it had already asked for it in the past. This request will go to the server, and the server will give a response. This increases the traffic across the network. The cache is a concept implemented on the client to store requests which have already been sent to the server. So if the same request is given by the client, instead of going to the server, it would go to the cache and get the required information. This saves the amount of to and fro network traffic from the client to the server.

The concept of a layered system is that any additional layer such as a middleware layer can be inserted between the client and the actual server hosting the RESTFul web service (The middleware layer is where all the business logic is created. This can be an extra service created with which the client could interact with before it makes a call to the web service.). But the introduction of this layer needs to be transparent so that it does not disturb the interaction between the client and the server.

This is the underlying technique of how RESTful web services should work. RESTful basically works on the HTTP web layer and uses the below key verbs to work with resources on the server

REST Web services have really come a long way since its inception. In 2002, the Web consortium had released the definition of WSDL and SOAP web services. This formed the standard of how web services are implemented.

In 2004, the web consortium also released the definition of an additional standard called RESTful. Over the past couple of years, this standard has become quite popular. And is being used by many of the popular websites around the world which include Facebook and Twitter.

REST is a way to access resources that lie in a particular environment. For example, you could have a server that could be hosting important documents or pictures, or videos. All of these are an example of resources. If a client, say a web browser needs any of these resources, it has to send a request to the server to access these resources. Now REST services define a way on how these resources can be accessed.

The key elements of a RESTful implementation are as follows:

The below diagram shows mostly all the verbs (POST, GET, PUT, and DELETE) and a REST API example of what they would mean.

Let’s assume that we have a RESTful web service is defined at the location. http://demo.techdasher.com/employee . When the client makes any request to this web service, it can specify any of the normal HTTP verbs of GET, POST, DELETE and PUT. Below is what would happen If the respective verbs were sent by the client.

Let’s take a look from a perspective of just a single record. Let’s say there was an employee record with the employee number of 101.

The following actions would have their respective meanings.

Restful mostly came into popularity due to the following reasons:

1. Heterogeneous languages and environments – This is one of the fundamental reasons which is the same as we have seen for SOAP as well.

The below picture gives an example of a web application which has a requirement to talk to other applications such Facebook, Twitter, and Google.

Now if a client application had to work with sites such as Facebook, Twitter, etc. they would probably have to know what is the language Facebook, Google and Twitter are built on, and also on what platform they are built on.

Based on this, we can write the interfacing code for our web application, but this could prove to be a nightmare.

Facebook, Twitter, and Google expose their functionality in the form of Restful web services. This allows any client application to call these web services via REST.

2. The event of Devices – Nowadays, everything needs to work on Mobile devices, whether it be the mobile device, the notebooks, or even car systems.

Can you imagine the amount of effort to try and code applications on these devices to talk with normal web applications? Again Restful API’s can make this job simpler because as mentioned in point no 1, you really don’t need to know what is the underlying layer for the device.

3. Finally is the event of the Cloud – Everything is moving to the cloud. Applications are slowly moving to cloud-based systems such as in Azure or Amazon. Azure and Amazon provide a lot of API’s based on the Restful architecture. Hence, applications now need to be developed in such a way that they are made compatible with the Cloud. So since all Cloud-based architectures work on the REST principle, it makes more sense for web services to be programmed on the REST services based architecture to make the best use of Cloud-based services.